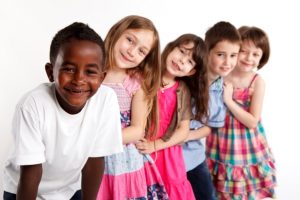 What is a Food Allergy? There Are Different Types of Allergic Reactions to Foods

If your child has symptoms after eating certain foods, he or she may have a food allergy.

A food allergy occurs when the body’s immune system sees a certain food as harmful and reacts by causing symptoms. This is an allergic reaction. Foods that cause allergic reactions are allergens.

There are Two Categories of Food Allergies

The IgE mediated food allergies most common in infants and children are eggs, milk, peanuts, tree nuts, soy and wheat. The allergic reaction can involve the skin, mouth, eyes, lungs, heart, gut and brain. Some of the symptoms can include:

Sometimes allergy symptoms are mild. Other times they can be severe. Take all allergic symptoms seriously. Mild and severe symptoms can lead to a serious allergic reaction called anaphylaxis (anna-fih-LACK-sis). This reaction usually involves more than one part of the body and can get worse fast. Anaphylaxis must receive treatment right away because it can cause death.

Treat anaphylaxis with epinephrine. This medicine is safe and comes in an easy-to-use device called an auto-injector. You can’t rely on antihistamines to treat anaphylaxis. The symptoms of an anaphylactic reaction occur shortly after contact with an allergen. In some individuals, there may be a delay of two to three hours before symptoms first appear.

Cross-reactivity also can occur between latex and certain foods. For example, a child who has an allergy to latex may also have an allergy to bananas, avocados, kiwis or chestnuts.

Symptoms of an oral allergy syndrome include an itchy mouth, throat or tongue. Symptoms can be more severe and may include hives, shortness of breath and vomiting. Reactions usually occur only when someone eats raw food. In rare cases, reactions can be life-threatening and need epinephrine.

Most symptoms of non-IgE mediated food allergies involve the digestive tract. Symptoms may be vomiting and diarrhea. The symptoms can take longer to develop and may last longer than IgE mediated allergy symptoms. Sometimes, a reaction to a food allergen occurs up 3 days after eating the food allergen.

When an allergic reaction occurs with this type of allergy, epinephrine is usually not needed. In general, the best way to treat these allergies is to stay away from the food that causes the reaction. Below are examples of conditions related to non-IgE mediated food allergies.

Not all children who react to a certain food have an allergy. They may have food intolerance. Examples are lactose intolerance, gluten intolerance, sulfite sensitivity or dye sensitivity. Staying away from these foods is the best way to avoid a reaction. Your child’s doctor may suggest other steps to prevent a reaction. If your child has any food allergy symptoms, see your child’s doctor or allergist. Only a doctor can properly diagnose whether your child has an IgE- or non-IgE food allergy. Both can be present in some children.

Eosinophilic (ee-uh-sin-uh-fil-ik) esophagitis is an inflamed esophagus. The esophagus is a tube from the throat to the stomach. An allergy to a food can cause this condition.

With EoE, swallowing food can be hard and painful. Symptoms in infants and toddlers are irritability, problems with eating and poor weight gain. Older children may have reflux, vomiting, stomach pain, chest pain and a feeling like food is “stuck” in their throat. The symptoms can occur days or even weeks after eating a food allergen.

EoE is treated by special diets that remove the foods that are causing the condition. Medication may also be used to reduce inflammation.

FPIES is another type of food allergy. It most often affects young infants. Symptoms usually don’t appear for two or more hours. Symptoms include vomiting, which starts about 2 hours or later after eating the food causing the condition. This condition can also cause diarrhea and failure to gain weight or height. Once the infant stops eating the food causing the allergy, the symptoms go away. Rarely, severe vomiting and diarrhea can occur which can lead to dehydration and even shock. Shock occurs when the body is not getting enough blood flow. Emergency treatment for severe symptoms must occur right away at a hospital. The foods most likely to cause a reaction are dairy, soy, rice, oat, barley, green beans, peas, sweet potatoes, squash and poultry.

Allergic proctocolitis is an allergy to formula or breast milk. This condition inflames the lower part of the intestine. It affects infants in their first year of life and usually ends by age 1 year.

The symptoms include blood-streaked, watery and mucus-filled stools. Infants may also develop green stools, diarrhea, vomiting, anemia (low blood count) and fussiness. When properly diagnosed, symptoms resolve once the offending food(s) are removed from the diet.

Reprinted from the Kids With Food Allergies, a Division of the Asthma and Allergy Foundation of America
http://www.kidswithfoodallergies.org/page/what-is-a-food-allergy.aspx