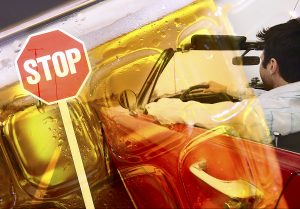 The National Highway Traffic Safety Administration (NHTSA), within the U.S. Department of Transportation, with the White House’s Office of National Drug Control Policy (ONDCP), and the U.S. Department of Health and Human Service’s Substance Abuse and Mental Health Services Administration remind you to celebrate safely this holiday season. We stand with all those who have known the tragic consequences of drugged or drunk driving, and we rededicate ourselves to preventing it this December and throughout the year.

All 50 States and the District of Columbia enforce the minimum legal drinking age of 21 years. NHTSA asks minors to avoid alcohol, and encourages parents and other caregivers to make a new or renewed commitment to never cater a party to underage drinking. If someone you know is drinking, do not let that person get behind the wheel. If you see an impaired driver on the road, contact law enforcement. Your actions may save someone’s life, and inaction could cost a life. Families play an essential part in stopping impaired driving. By talking about the risks and setting clear expectations, parents and other caregivers can help their children stay safe, sober, and focused on the road.