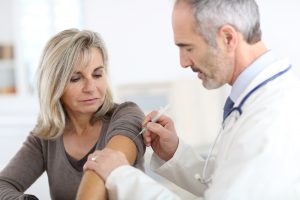 Some news reports have claimed the flu vaccine is expected to be only 10% effective this year. Is this true?

The United States has a very robust network that estimates vaccine effectiveness each season. This season’s flu vaccine includes the same H3N2 vaccine component as last season, and most circulating H3N2 viruses that have been tested in the United States this season are still similar to the H3N2 vaccine virus.

Based on this data, CDC believes U.S. VE estimates from last season are likely to be a better predictor of the flu vaccine benefits to expect this season against circulating H3N2 viruses in the United States. This is assuming minimal change to circulating H3N2 viruses. However, because it is early in the season, CDC flu experts cannot predict which flu viruses will predominate. Estimates of the flu vaccine’s effectiveness against circulating flu viruses in the United States will be available later in the season.

But Dr. Pardis Sabeti, a Harvard professor and infectious disease expert, says even though the effectiveness of this year’s vaccine is particularly low, it’s still worthwhile to get a flu shot.

“Even 10 percent effective is better than nothing, and a lot of it has to do with herd immunity — the more people are protected from it, the more other people will also be protected,” she said recently on “CBS This Morning.” “In fact, in a year where it’s low effectiveness, it’s even more important that everybody get it so we can get as much resistance and we don’t allow the virus to thrive and grow and keep changing.”

Experts say that if you do get the flu, it will likely be less severe if you have gotten a flu shot.

The CDC recommends everyone age 6 months and older should get a flu vaccine every season.

Other tips for avoiding the flu include frequent hand washing and avoiding close contact with people who are sick.